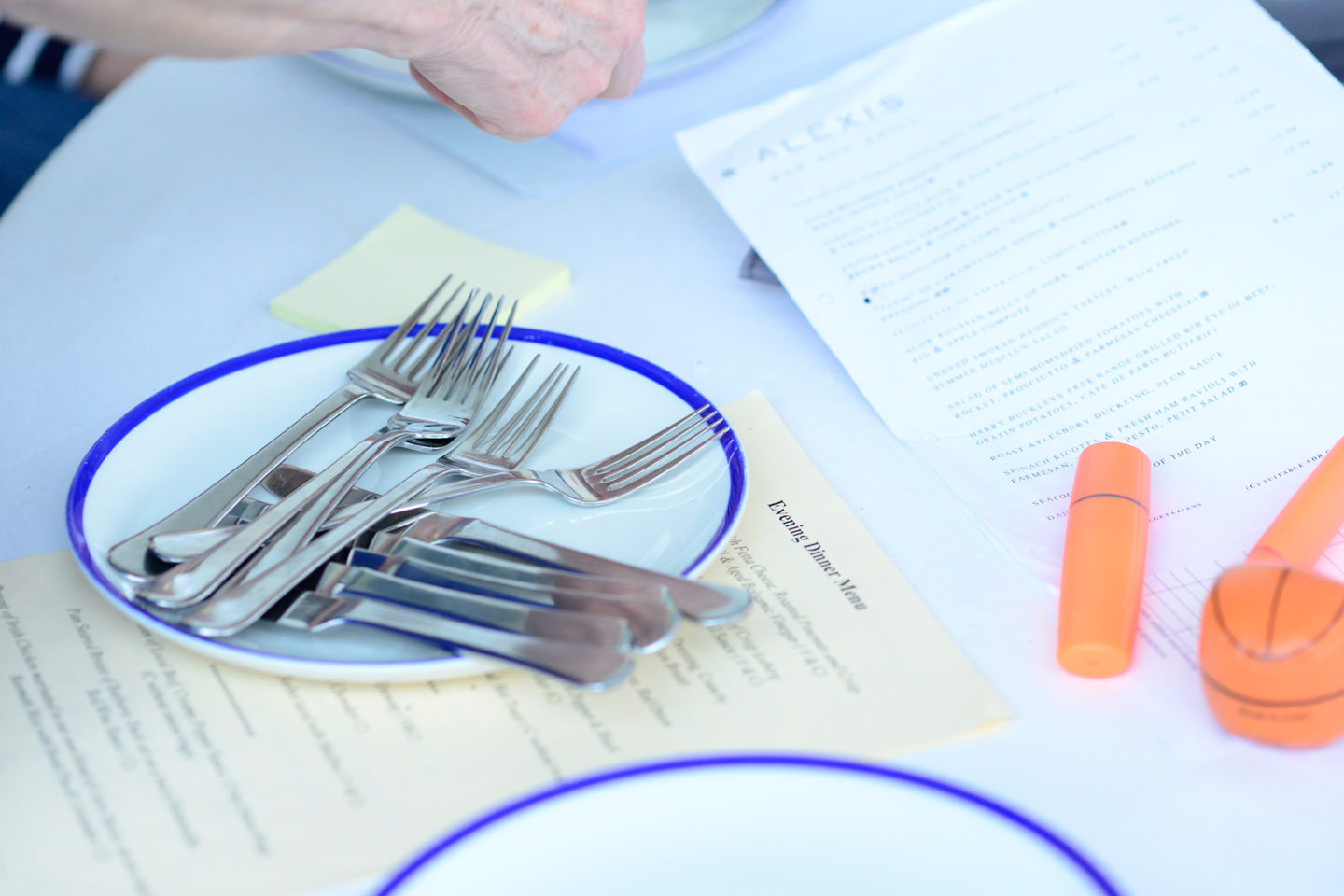 Georgina Campbell recently commented on what she felt are the poor levels of service in the hospitality sector in Ireland. No sooner was the ink dry on the article than numerous voices came to the defence of the service sector. Not true, they cried. Look at how much the Americans love us and haven’t we been voted the best place to holiday yet again. This may be true, but in my experience, service standards in the cafe and particularly day time restaurant/ food service of all shades is poor to abysmal. John Mc Kenna, another well known industry voice and supporter of all good things in food also regularly points out this fact and gets little thanks for his opinions.

I had just such an experience recently in a multi award winning restaurant in the west. Visiting my daughter one weekend, we ventured to eat out for breakfast and queued up outside this much decorated eaterie. It opened for business at 10.00am and not a minute sooner were we going to be admitted. A languid, bored and might I be so bold as to suggest, slightly hung over female emerged through the front door at 9.50ish. A small crowd of shivering, hungry hopefuls had now gathered. She purposefully ignored us, sat down on the seat nearest the door, which she had closed firmly behind her and lit up. Puffing serenely, she blew nicotine clouds in the air as we hopped from foot to foot to keep warm. She stubbed out the butt and rentered, closing the door again in our pathetic and shivering faces. Shortly after 10am we were admitted, very glad to be let in at all and found our own way to tables. Staff were dressed in an assortment of what could best be described as sixties hippie crossed with retro ‘preloved’ clothing ( as we now refer to second hand clothes). One waitress wore miniscule shorts barely covering her posterior but as she also wore heavy black tights, she was in fact fully dressed. Another sported many tatoos proudly on show through an off the shoulder garment, over dungarees, bovver boots and assorted jewellery.Other staff were dressed in similarly eclectic fashion. As I gawped at this, my daughter suggested that ‘I get over it, and order some food’. So we did from an exceptionally disinterested waitress, I got the distinct feeling that we were interrupting the afters of a party to which we had not been invited. The waitress came back to the table to serve a coffee and a tea ( two people, not a long order!). Staring into the middle distance which was clearly more interesting than looking at us, she announced ‘Tea?’ When I found my voice, she plonked it in front of me, the coffee in front of my daughter and turning on her Doc Martens headed back to the loud and animated conversation she had been having with her colleague.

As I practice all sorts of techniques to keep me calm   which I won’t elaborate on here, I was digging deep into my bag of mindfulness and loving kindness tips to keep me from throwing a mighty strop. It has been some time since I felt such spectacular disconnection with reality from service staff and such blatant rudeness. The breakfast by the way, when it arrived was delicious in every way, but the depth of disdain and sheer disappointment to which we were treated throughout the experience was mind blowing. The restaurant filled up quickly and others were treated with the same breathtaking lack of care.

It is some time since this happened but I can still feel the rage ( in spite of all those techniques I spoke of) at being dismissed in this way and being relieved of €39.00 for the pleasure.

I’m with Georgina on this one. It’s time for the industry to fess up and admit that service levels are atrociously below par. The blame lies squarely with the owners/ managers of these businesses who seem hell bent on ignoring their ‘ golden geese’.