If Sugar is the Problem, Why are We Still Talking about Calories? 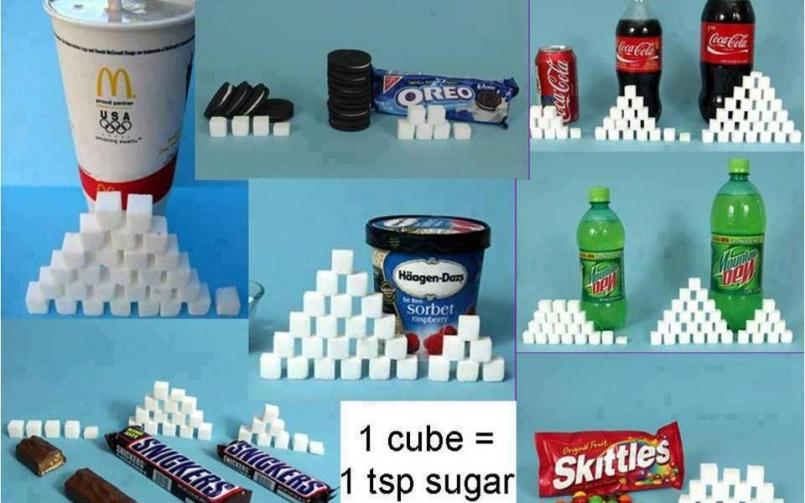 Why are we Talking about Calories when Sugar seems to be the Problem?

The Irish government is in the process of pushing through legislation which will oblige food service outlets to post calories beside dishes on menus.

This debate has been trundling along for some time now with all sides digging in for their own reasons. This interesting article from www.irishhealth.com trots out some ‘evidence’ to back the move.

‘Research in America found that when calories were signalled on menus, people ate:

Where did this research come from? Off to Google again-

‘Based on transaction data provided by Starbucks, researchers from Stanford GSB found that calorie-posting in New York City in 2008 led to a 6% reduction in calories per transaction…. Starbucks gave the researchers access to transaction data from Starbucks locations in three major cities — New York, Boston, and Philadelphia — from January 2008 to February 2009’..

Unless I am mistaken, the basis of the move in Ireland is based on a study carried out seven years ago in three cities in units of one chain restaurant and proves that calories on menus leads to a 6% reduction in calorie intake. I wish I were a scientist so that I could understand how this is such ground breaking data. Would someone explain to me how this is going to solve the obesity problem?

Let’s start talking real research here into the actual causes of obesity. Research from Harvard, Sugary Drinks and Obesity;  The American Journal of Clinical Nutrition; The World Health Organisation backed up by current scientific research all point to sugar being the culprit in the war against obesity. Where are the Irish legislators getting their information from?

Joanna Blythman, the award winning investigative food journalist who is a constant thorn in the sides of gargantuan food manufacturers, published a terrifying book called Swallow This earlier this year. This book is exhaustively researched and here is what she has to say about sugar ‘the fatwa on fat was a cash cow for sugar refiners, spawing legions of processed products with ramped up levels of sugar to cover up the inevitable loss of taste that occurs when flavour- centric fat is removed’.  She further refers to John Yudkin’s seminal work on sugar published more than 30 years ago; ‘Pure, White , and Deadly: How Sugar is Killing us and What We Can Do to Stop It’ which was proactively undermined by the sugar lobby.

Let’s go back to the reasons for putting calories on menus in Ireland. Another quote from www.irishhealth.com

‘Does putting calories on menus work?

Yes, the evidence is that people eat less when calories are displayed on menus’ –  Where are the exhaustive scientific studies to show that this holds true?

Have calories on menus been used in any other countries?

In the American and Australian states where putting calories on menus has been introduced, large food companies must, by law, display calories on their menus. In Britain and, some food businesses voluntarily put calories on menus.’

It would seem that two countries have taken this route, two countries where food production is driven, and to a frightening degree controlled by huge food manufacturers.

Have countries where there is a passion for real food, real flavour, real taste, real quality gone down this route? Have Denmark, France, Italy, Spain, Argentina, Sweden decided that counting calories is the way to get the nation eating healthily?

Has anyone at government level definitively proved that putting calories on menus changes anything about behaviours? Here is Henry Dimbleby (Founder of the Leon chain of quality fast casual restaurants in the UK- with 23 restaurants and 12 more opening this year)quoted in the Caterer “I don’t think any amount of labelling will control obesity,” he said. “If I want to go out for a burger, I go out for a burger. Calories is a very antiquated way of looking at healthy eating. What will control obesity is education.” He spoke at the Restaurants Association AGM in 2015 and further stated that ‘10% of UK children are obese by the time they arrive at primary school and 20% are obese by the time they leave’.

So where is the real problem regarding obesity and what has the World Health Organisation to say about it?

“We have solid evidence that keeping intake of free sugars to less than 10% of total energy intake reduces the risk of overweight, obesity and tooth decay,” says Dr Francesco Branca, Director of WHO’s Department of Nutrition for Health and Development. “Making policy changes to support this will be key if countries are to live up to their commitments to reduce the burden of noncommunicable diseases.’

So, why are we still talking about calories?