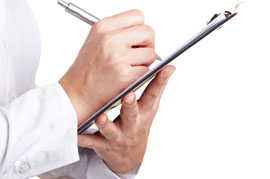 WHEN TO SAY NO TO THE EHO?

Regulation is necessary in a fully functioning society. It helps us to stop at traffic lights, not get run over by trains, keeps buildings upright in a storm and protects us from all sorts of shenanigans by those who would rather not bother with rules. The hospitality industry is highly regulated in this part of the world and much of that regulation is good, necessary and serves its purpose well. Food safety regulations, which are designed to ensure that food is safe, are critical, so that consumer health, well being or lives are not put at risk by poor practices.

The body tasked with policing Food Safety Laws, the Food Safety Authority deploys Environmental Health Officers ( E.H.O)to check that we in the industry are complying and honouring the trust put in us every day by customers. There are monthly horror stories posted on their website of businesses which don’t seem to understand the gravity of serious breaches in food safety practices.

So far, so good; regulation followed by inspection, enforcement and where necessary prosecution. Most inspectors act as valuable mentors to the industry and their advice is sought and acted on.

The trouble begins in the application of the law. This appears to vary to such a wild degree that it would be safe to assume that some of those applying it do not know it. However, every single whim that a particular inspector may have has to be indulged by owners at a cost to the business. Some inspectors have a phobia about plastic gloves- not a legal requirement; some plastic boards –  not a legal requirement;  etcetera. The list goes on, while owners are demented trying to jump through all the hoops. An inspector demands a specific action; their colleague who takes over, demands the opposite, while the costs mount up.

The feelings of injustice and anger also mount up.

Example No. 1. A restaurant has a kitchen area with the usual hot line, and a separate space off this which houses a cold section, two upright stainless steel fridges and a prep table. E.H.O appears and demands that the kitchen be extended (construction of a larger area) so that the fridges be moved from adjoining cold section into the hot food area, as she deemed them to be ‘too far away’ from the kitchen. The extra space was duly constructed, at considerable cost to the owner. The fridges were moved, and promptly kicked the bucket – due to the heat being generated from the hot line nearby. Just to mention that the owner did make a small protest and was told ‘You need to retire, I think you’re over the hill’. The owner in question would not reveal the name of this official as she is ‘afraid’ of being picked on.

Pub owner has an inspection, all good other than the fact that food is being stored in plastic containers in which ice-cream once had a moment i.e. the business bought in ice-cream in those containers, which they then cleaned, labelled and were using for food storage-  as food had been in them previously. Recycling in other words. EHO insisted that the business get rid of these and buy ‘food grade’ plastic containers. Cost to the business – €1,100.00

Restaurant owner decides to expand the menu and wisely requests the advice of the E.H.O before embarking on any changes to the kitchen. The E.H.O insists that the kitchen has to be the same footprint as the seating area of 180 seats. The owner complies and incurs a cost running into six figures.

There are too many examples to mention in this context, however what each of the above examples have in common is an absolute refusal by the owners to complain regarding requests by E.H.O’s who are acting outside their job spec.

The laws are clearly stated on Food Authority websites. Compliance is relatively straight forward. Use HACCP guidelines to set up and maintain a clean, safe, food safe environment and communicate with the E.H.O when making any radical changes. Their role is to advise, support, counsel and guide.

However, the regular examples of the law being misinterpreted, personal whims being indulged, owners being harassed and disrespected would point to the fact that owners need to start saying No to the EHO. The first step in this process is to ensure that the business is compliant with the law. Not with someone’s personal interpretation of food law, but the actual law. This requires owners to become familiar with those laws. Then, a rational conversation can be had regarding what may be an irrational request.

To conclude, regulation is good. It keeps us safe. Badly applied regulation by those on a mission to prove a point or themselves is bad.